I recently attended a watch award event in London, and, as it was a bit posh and in the evening, attire was to be black tie. This presented no major issue as I knew that my suit fitted, my shoes were replaced the previous year (after discovering that the patent finish had, well, just flaked off my favourites), and my shirt was in hand (see Thomas Silk article). This just left my bow tie and cummerbund. It was the latter that was of potential concern as it had no shirt attachment for some reason, so, was prone on shifting around – well, more like riding up/down with embarrassing results. As such I determined that I really needed a new one and, maybe not in predictable and boring black. Something possibly still dark in order not to offend, but with some flashes of colour. I investigated a few outlets in Manchester but with no luck. I would therefore have to resume my search in London.

After arriving and settling in my lodgings I headed off to Turnbull & Asser off Jermyn Street as I felt sure they would have something suitable. I like T&A – they have a lovely traditional shop, a super range of high quality clothing, and the service is impeccable. Just a pity one has to have a pretty deep wallet! Anyway,  I met James Cook, the manager, and explained my need.  Upon investigation, alas, there were only items in black, navy blue and a deep red. So, none really took my fancy – although a very nice cashmere scarf  in blue with white polka dots did. Sensing my disappointment James kindly referred me to Favourbrook, all but a short walk to nearby Piccadilly  Arcade. He assured me that they had a significant cummerbund collection!

I made the short walk over and was welcomed by Agata. I explained what I was after and she showed me, well, at least 50 or so silk cummerbunds. Most I could swiftly discount (too dark or too bright) but one caught my eye. Essentially navy blue but with a subtle gold flower pattern – possibly chrysanthemums. Depending on the angle and light these would either fade or shine. Perfect! I then asked Agata if they did a bow tie to match – well, why not be a little daring. Yes they did, and from a distance it still looked dark so perhaps I would wear to the event as well. 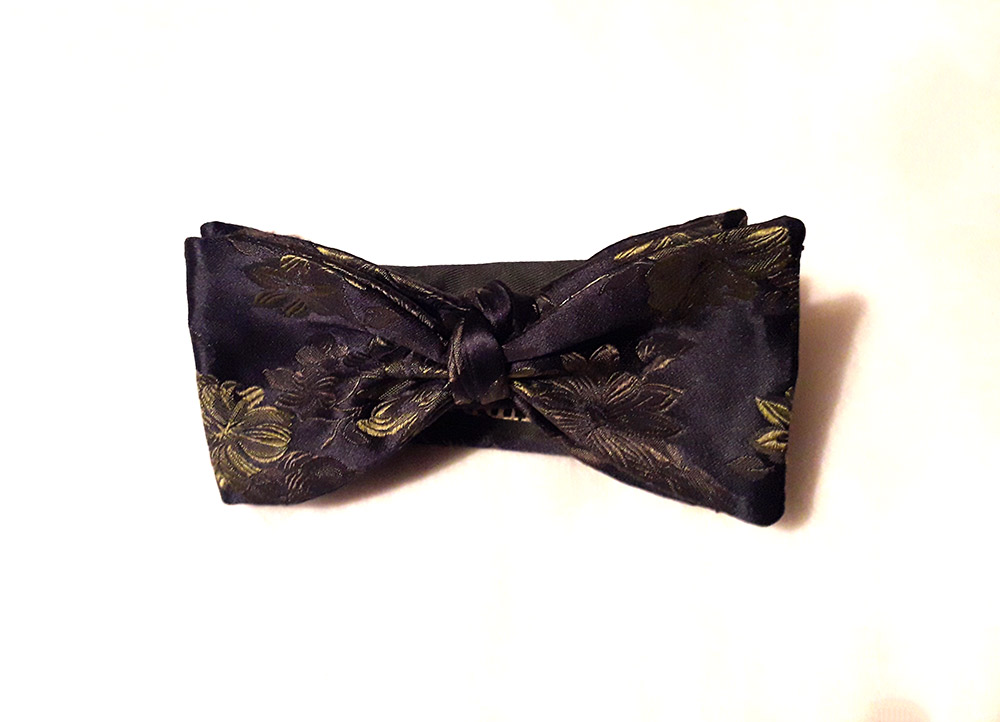 Having now got two matching items I then decided to go the whole hog and see if they also did a pocket square in the same material. No problem, so I chose this as well – but probably would not wear all at once. 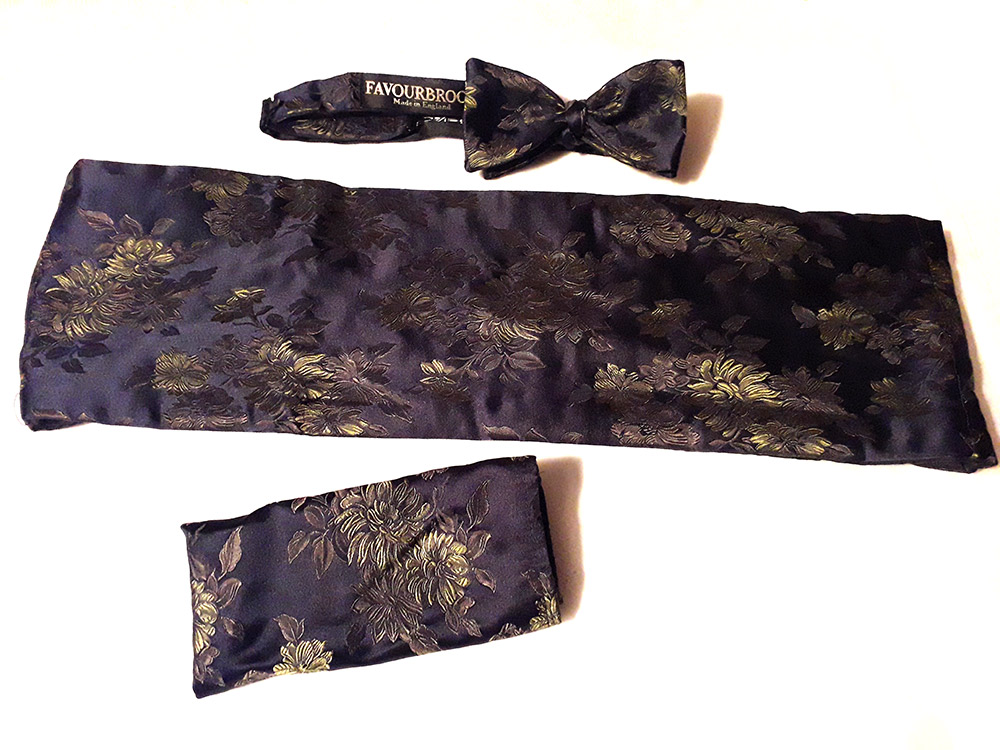 At this point we talked a bit more about the event I was going to,  watches, and this website. I explained that there was a little luxury content too on the site and as I was so pleased at finding all I needed, and with such pleasant service, I may just do a little piece about them.  Agata asked if I wore bow ties anyway. I said no – I never would except for an evening do like this. She then said maybe I would like to choose a neck tie as a gift. I was not quite sure whether I had heard correctly so subtly queried this, but I was correct. Having bought more than anticipated, plus a potential web mention presumably being the rationale. A kind gesture and the upshot was that I chose a very nice coarse silk tie in a red/orange hue and in just the right length and width to boot. 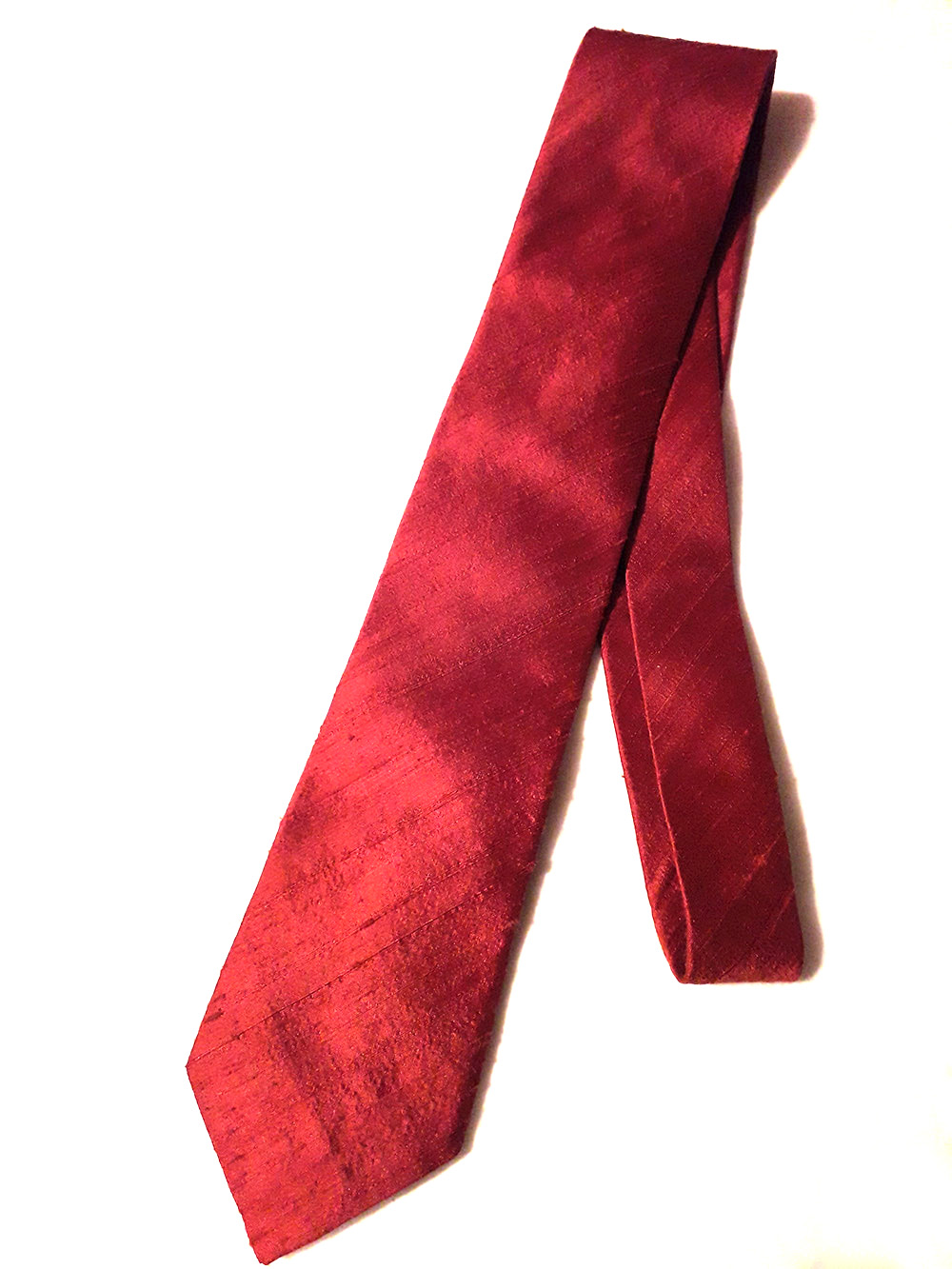 I settled up with the items  being nicely boxed up. I said my farewells and headed back to Turnbull & Asser to thank James, and also take another look at that scarf. I concluded that I really liked it and could just about afford so that was that.

In conclusion, Favourbrook have a great selection of not only cummerbunds, but bow ties and pocket squares, neck ties, waistcoats, cuff links – and probably more. The items I bought were of good quality and at a fair price. Agata was charming and helpful which made the whole experience more pleasant. Oh, and the evening? Most enjoyable and my accessories were remarked on favourably!